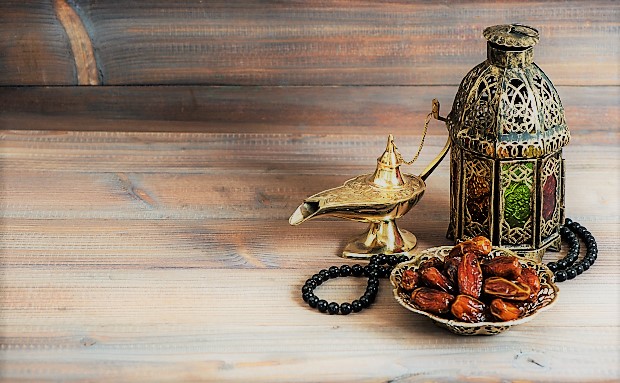 Ramadan: the challenge of fasting with an eating disorder

It is currently the holy month of Ramadan which is the ninth month of the Islamic lunar calendar. Millions of Muslims worldwide will be abstaining from food, water, smoking and sexual activity from sunrise to sunset. It is a month which marks when the Quran was first revealed to the prophet Muhammed and is a time for reflection, prayer, charity, community and spiritual connectedness.

Ramadan is based on the Islamic lunar calendar and therefore each year Ramadan starts 11 days earlier in the Gregorian calendar lasting for 29 or 30 days depending on the sighting of the new moon which signifies the start of a new lunar month. Each fast can last between 10-20 hours per day depending on the season and location and typically starts with a meal before sunrise (suhoor) and ends with a meal at sunset (iftaar). Both meal times are community or family activities with the focus very much on eating and food.

The purpose of Ramadan is to surrender, be disciplined and feel gratitude through the practise of fasting. Taking part in Ramadan is one of the pillars of Islam and is obligatory for those who are well physically and mentally. Furqan et al (2019) clarify who is exempt from fasting:

“Several groups are exempted from the religious requirement to fast, including women who are menstruating, pregnant women whose health could be negatively affected, people who are travelling, children, the elderly, and people who are acutely and chronically ill, both with physical or mental illness. Illness severity and the possibility of exacerbating the condition by fasting are to be taken into account, and Muslims with such conditions are advised to consult with both a medical professional and a religious scholar about the safety and advisability of fasting before each Ramadan, where appropriate.”

This is supported by a key Surat (chapter) Al-Baqarah (2:185) in the Quran which states:

“The month of Ramadhan [is that] in which was revealed the Qur’an, a guidance for the people and clear proofs of guidance and criterion. So whoever sights [the new moon of] the month, let him fast it; and whoever is ill or on a journey – then an equal number of other days. Allah intends for you ease and does not intend for you hardship and [wants] for you to complete the period and to glorify Allah for that [to] which He has guided you; and perhaps you will be grateful”.

So theoretically, someone with a chronic mental health condition such as an eating disorder, is exempt from fasting during the month of Ramadan.

Fasting when you have an eating disorder.

Ramadan can be a triggering and difficult time for someone with an eating disorder. The focus on restricted food (fasting) and then over-indulging with food (iftar meal) can evoke many difficult feelings for people who have disordered thinking about food. An article published by Beat called “Ramadan: Still in the grips of anorexia” highlights some of the issues triggered by Ramadan. Habiba, the author of this article says:

“Ramadan brings out a lot of negative emotions and triggers for me. But this year, having a choice to fast or not to fast and still seeing Ramadan as a chance to lose weight and to become sicker is not helping and confirms, yet again, that I am not in a good state of mind to fast safely. I don’t see it as a religious thing. So if I fast, I will be doing it for the wrong reasons.”

Habiba very clearly identifies how Ramadan is a time to practise fasting, not starvation and this distinction is not easy to make for someone with an eating disorder. Restricted eating (fasting) should not become restricting eating with an anorexic mindset to deprive oneself to a point of self-harm. Similarly, for those suffering from bulimia, breaking fast during iftar, should not become an opportunity to over-indulge to the point of wanting to purge.

Habiba goes on to explain her disordered thinking:

“Rationally, of course I know that I must not fast if I am still in that eating disordered mindset. I know that health and my recovery comes first. But anorexia is so powerful that even if I say I will not take part, I will most definitely act on behaviours because everywhere I go, there will be someone fasting, someone talking about how much they’re “starving” and restricting will be inevitable. Plus, there will be triggering food everywhere and everyone will be talking about food.”

Iftar in the western world is normally a time of communal eating with an abundance of food – over indulgence during this time is discouraged but is common. It is a time when families and communities come together and joyfully break fast together with a sense of togetherness and connection. However, for someone with an eating disorder, this time of day is a major trigger point and can heighten a sense of internal isolation and feelings of being self-conscious when eating publicly amongst family and friends. This can be compounded by the secrecy accompanying this condition which is something the person with an eating disorder is very familiar with.

Shame and guilt are common feelings for someone suffering from an eating disorder during Ramadan. Having to explain to others why they are not fasting can be a humiliating and painful experience. I have heard many people with eating disorders describe feeling judged when they have explained that they are not fasting; I question whether it is an act of kindness and compassion to refrain from asking someone if they are fasting or not for these reasons.

It is essential to seek support and guidance if you or someone you know has an eating disorder especially during the month of Ramadan. Seeking help from a mental health professional with Islamic knowledge is crucial for Muslims with eating disorders. It is also important to remember that the month of Ramadan is not just about fasting – it is also known as the month of the Quran, and there are alternatives to fasting. For example, paying a donation of money or food to help those in need is obligatory (Fidyah) if one is not fasting. Other alternatives during Ramadan if one cannot fast, is to do charitable work and help others, and/or increase worship and read the Quran.

It is important to remember that food can represent many things to different people. For those with an eating disorder, eating too much or too little is often a way of managing difficult and uncomfortable emotions. For these people Ramadan can reinforce this disordered thinking and in some situations be harmful or life threatening. Ramadan is an opportunity to grow and develop spiritually, not to cause damage or create a risk to one’s life. For some people with chronic physical and mental health conditions, not fasting during Ramadan is the biggest battle of all.