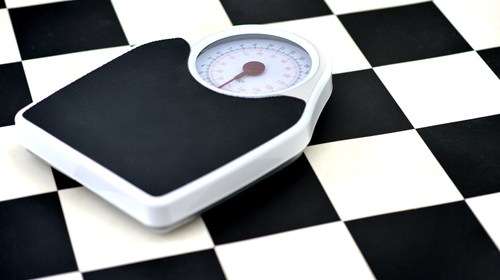 Eating Disorders: the war on food

[To save and read later, download your PDF copy here]

When I wake up in the morning there is always the feeling of dread. The dread that I will have put on some weight. No, I can’t even bear the thought but I know that I will have to face the scales and then my day will be ruined if I have put on any weight at all. Sometimes, I weigh myself repeatedly because I just cannot believe that I have put on weight- not after trying so hard. When I look at myself in the mirror all I can see is fat and it disgusts me. You can tell me as much as you like that I am only 6 stones and thin but I know that I am fat. Can’t you see it? No one understands really even if they say they do. I can’t face another day. I feel so depressed, nothing seems right and I just don’t know how to put it right. I feel terrible- I drank half a pint of beer yesterday. I didn’t mean to but my friend forced me saying I was being stupid. I had to make myself sick later that day. Do you realise how many calories are in a half a pint of beer? I also took some laxatives. I hate taking these, they always make me feel bad but I have to. I had really overdone it. I hate myself for it. Why am I so weak? I hate this flab. I just wish I could get rid of it. I don’t think I can face anyone today. I just don’t see the point.

Anorexia is a condition where people restrict their diet resulting in low body weight. People who suffer from anorexia may also exercise a lot to burn off food they have eaten. Anorexics will often see themselves as being much bigger physically than they really are, and will often have a deep fear of gaining weight. They may also challenge the idea that they should gain weight. The preoccupation with weight control and fear of gaining weight is the key symptom of anorexia.

Anorexia can cause severe physical problems because of the effects of starvation on the body. It can lead to loss of muscle strength and reduced bone strength. People may also experience amenorrhea (stopping of monthly periods). Starvation can also change the way in which people think and can reduce their capacity for complex thought, often resulting in polarised thinking, where they may see things in black or white.

There are many different reasons why someone might develop anorexia and it is important to remember that eating disorders are often not about food itself. Often people with anorexia have issues around control, and treatment should address the underlying thoughts and feelings that cause the behaviour, as well as treatment for their food consumption.

Bulimia literally means “ox hunger” in Greek and is also a condition where there is a persistent concern with body shape and weight; the bulimic may also see themselves as bigger than they really are. However, bulimics differ from anorexics, in that they binge eat (a rapid consumption of food within a small space of time), and will then self-induce vomiting which is often very distressing for them. They may also use laxatives or diuretics and will fast or exercise vigorously to prevent weight gain. When bulimics binge they often report feeling out of control of how much or how quickly they eat, and sometimes describe themselves as being disconnected from what they are doing.

Bulimia can cause serious physical complications as well. Laxative misuse can seriously affect the heart and digestive system, whilst frequent vomiting can cause problems with the teeth. Some people may also go to great lengths to make themselves purge which can cause them serious short and long term physical harm. People with bulimia may also experience symptoms such as tiredness, feeling bloated, constipation, abdominal pain and irregular periods. It can be difficult for many family and friends to notice someone who is bulimic: bulimics often maintain a “normal” body weight, and are very secretive about what they are doing.

Binge eating disorder (BED) is an illness where people experience a loss of control and eat large quantities of food on a regular basis over a short period of time (called bingeing) until feeling uncomfortably full, even when they are not physically hungry. Unlike those with bulimia, people with binge eating disorder do not regularly purge after a binge.

BED is not about overindulging with food or choosing to eat large portions. Binges are normally very distressing and not enjoyable experiences. Sufferers find it difficult to stop eating during a binge even if they want to, and some people who suffer from this condition describe feeling disconnected from what they are doing when bingeing, and can even struggle to remember what they have eaten afterwards. People will often have feelings of guilt and disgust at their lack of control after binge eating.

Planning a binge is normally like a ritual and can involve the person buying special or specific binge foods. Although binge eating usually takes place in private, the person may eat regular meals outside their binges.

Some studies have shown that people with BED may overeat in this way to deal with a range of emotions such as anger, sadness, boredom, anxiety or stress amongst many other emotions. At the core of it, similar to other eating disorders, BED is normally a symptom of someone’s relationship with themselves, as well as their relationship with food and their bodies.

Emotional overeating means using food for comfort and escape during times of low mood and stress, and can also be used to manage a range of difficult emotions. When someone overeats emotionally, they are normally attempting to comfort and sooth themselves. Someone who emotionally overeats does not feel satisfied with a full stomach and can feel guilt, shame, and powerlessness when they eat.

Diabulimia is an eating disorder in which people with type 1 diabetes skip taking insulin to lose weight, and may have serious health consequences if left untreated. This condition is not yet recognized by the new edition of the Diagnostic and Statistical Manual of Mental Disorders (DSM-5).

Insulin is a hormone in the body that helps cells use glucose as fuel, and people with type 1 diabetes are not able to produce insulin on their own. Without insulin, glucose accumulates in the blood and is flushed out of the body through frequent urination, resulting in rapid weight loss. This symptom is often the intended goal with this eating disorder. Early symptoms of diabulimia are similar to those of poor insulin control.

Why do people develop eating disorders?

Over the years, many explanations have been given for having an eating disorder. One of the most common explanations of eating disorders used to come from the sociological model where “thin is beautiful”. However, with an increased number of people suffering from emotional overeating and binge eating disorder where the focus of the disorder in not necessarily to be thin, this can no longer be a leading explanation. Our relationship with food and ourselves seems to be the most dominant factors in determining whether we have an eating disorder. Food can become a way to cope with emotions and the repetition of this coping mechanism can become a habitual behavioral pattern and an addiction. By using food to deal with anxiety, stress, grief, and many other uncomfortable emotions, the body becomes conditioned to crave that process to feel relief, and avoid these feelings.

The NHS state on their website that someone is more likely to get an eating disorder if:

The start of eating problems has been linked to stressful events or trauma in someone’s life, which can mean physical, emotional or sexual abuse. It may also mean the death of someone close, divorce or complex family issues. Growing up in a family where dieting, over-eating or restricting diet can also leave children vulnerable to developing an eating disorder. Similarly, when home has not felt like a safe or consistent place, or when parents have been particularly strict or punitive, food may have been used as a tool to gain more control in life.

Eating disorders can often be extremely distressing and debilitating. When people do not seek help or support for their eating disorder, this mental illness can cause long term health issues and can even result in death. It is however possible to recover from an eating disorder successfully, and the treatment plan will very much depend on the type of eating disorder being treated. The first step with any mental health issue, and indeed with an eating disorder is to initially recognize that there is a problem, so it can be treated accordingly. Many people benefit from initially seeing their GP, so that an appropriate referral to an eating disorders specialist can be made. Others benefit from attending OA (Overeaters anonymous), a 12-step fellowship program which supports individuals to recover from compulsive undereating or overeating. Long-term psychotherapy and counselling can also be extremely helpful in exploring the underlying issues sustaining eating disorders. Many people with eating disorders recover successfully with a multidisciplinary approach which address both the physical and psychological aspects of this illness. Eating disorders are complex mental illnesses and it is extremely important to access treatment as quickly as possible, as earlier treatment means a greater chance of full recovery.