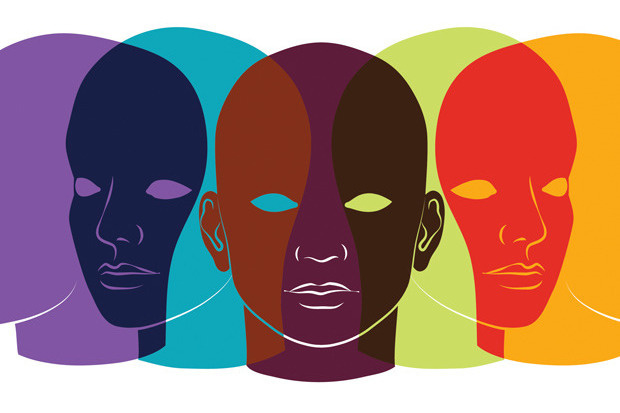 Asian Matters: why are we being excluded from black history month?

[To save and read later, download a PDF copy here]

Reading September’s edition of the Therapy Today journal “Black matters: race and culture in counselling” felt both exciting and isolating for me. Black history month was first celebrated in the UK in 1987 to honour, remember and commemorate black history and communities. Although there has been some criticism expressing whether it is appropriate to confine the celebration of black history to one month and to only focus on celebrating one race, it is an important and meaningful step in promoting black issues within the wider community.

However, I felt somewhat disconnected whilst reading the journal. I felt shut out, excluded and to a degree, silenced. I was left questioning where my space was to educate others about my Asian¹ Pakistani Muslim heritage. Was there any space within black history month to bring to the forefront the impact of oppression, slavery and colonialization on my race and culture? I was also left questioning the relationship between black and South Asian communities, and how I feel Asian history can be drowned out by the black rhetoric as reflected in the Therapy Today journal.

It is a fact that millions of people were affected by slavery. It is also a fact that millions of people were affected by colonialization – it is believed that 9 out of 10 countries have been colonised by Britain. The trauma is far reaching for both slavery and colonialization, and as a Pakistani woman, I feel the trauma of all oppression should be honoured – one is not more important than another. Last year was the 70th anniversary of Indian and Pakistani independence from British rule – this was commemorated on national television and social media. It left me wondering why it has taken Britain 70 years to publicly acknowledge the pain and hurt colonialization left behind within the Indian subcontinent. Why has South Asian history not been commemorated in the same way as black history?

So why are other BAME communities excluded from black history month? Is there no room for other people of colour to be included in this month of education, celebration and commemoration? I wonder whether the exclusion of South Asian history during black history month reflects the struggles between black and Asian communities. Even as I write this, I am aware of my fear of the backlash of raising this issue. I go back into my trauma of racism where I fear being attacked or shut down because I dare to raise my voice amongst the sea of black voices. My experience has been that black voices are louder than Asian voices – I question whether this is my unconscious racism. I question whether I feel oppressed and intimidated by the angry black stereotype.

My relationship with the black community

I grew up in a predominately black populated area and more than two-thirds of my secondary school were of African and Afro Caribbean descent. At school, I did not belong to a group of friends based on my skin colour or cultural background. My core group of friends were ethnically diverse which allowed me to feel safe and seen.

I was always aware of the black girls in the class – they were the loudest, they always made their voices heard. I felt at times intimated by them and at other times judged by them for being the “quiet Asian girl”, the girl who was compliant and submissive. This experience has followed me whilst growing up. This tension I felt and still sometimes feel has been acted out during my career and in social settings; I have been sneered at, laughed at and verbally attacked by some black people. Over the years, one of the most common things I have heard is the anger some black women hold towards Asian women for “stealing” their African men when they see an interracial couple.

Equally, I have heard some members of the South Asian community discriminating against black people, and express racist stereotypes towards them. So, I question why this tension exists. And why the complex relationship between black and Asian communities is rarely spoken about. Efforts have been made to bring this relationship to the forefront through films such as Mississippi Masala and Bargie on the Beach. In both films, Asian women have romantic relationships with black men and an attempt is made to explore the multifaceted dynamics between both cultures.

It appears to me, that the process of enslavement for both black and South Asian communities has left us wounded, torn and fractured. Have the oppressed become the oppressors within black and Asian communities? Is the legacy of slavery, colonialization and racism interwoven so deeply into our psyche that we continue to re-enact the power dynamics between our own communities? Racism was the foundation of slavery and colonialization based upon white power maintaining control over the oppressed. Do we maintain and continue the British legacy of “divide and rule” by acting out our unconscious racism towards each other?

The system of indentured labour

In the 19th century after the official abolition of slavery, European merchants and businessmen began recruiting Indians as a cheap source of labour to go abroad for work, giving them hope of a better life. The system of indentured labour replaced black slaves with Indians. The British began shipping Indians to colonies around the world, such as Mauritius, Fiji, East Africa, Trinidad and Tobago, Jamaica, and the rest of the West Indies. The Dutch and French also shipped workers to work on different plantations around the world. Agents infiltrated the rural villages of India and recruited labourers with promises of great opportunities awaiting them for them abroad. Indians had faced a great number of social and economic disasters, which left them vulnerable and open to being manipulated and exploited. In 1837 the Raj issued basic regulations to protect Indian labourers from poor travel conditions and exploitation but unfortunately, this did not safeguard them.

The voyage itself was often a highly dangerous venture, especially for Indian women. Assault, rape, and general mistreatment were common. Even with punishments in place on ship and land, men who assaulted women and children were rarely punished, leaving women in an even more vulnerable position. The conditions of ships were often extremely crowded, with rampant disease and malnutrition, and Indians were often not informed about the length of the trip or about the island that they would be going to.

The workers were paid a pittance for their labour and were expected to work in often awful and harsh conditions. Workers were manipulated into becoming dependent on the plantation owners so that they remained there long after their contracts expired; it is believed that possibly as little as 10% of the Indians returned to their original country of origin. Legislation was also passed to severely limit their freedoms. For example, in Mauritius, a compulsory pass system was introduced to enable Indians movements to be easily tracked. Workers were overworked, and mortality rates were abnormally high for Indians. Companies would often promise good food, durable clothing, adequate housing, safe passage, and schools. However, these promises were rarely kept, leading to high mortality rates and the stereotype of Indians being unclean and “dirty”.

Stereotypes- what are they good for?

Psychologists suggest that stereotypes are a type of schema. A schema is a mental representation of people, objects, events or situations- a little like a blueprint. Perceiving and thinking in terms of schemas allows us to process substantial amounts of information quickly and economically. Instead of perceiving a new situation from scratch, we simply pull out the schema even if it is distorted in some way.

One of the oldest and most common stereotypes of Indians is that they are somehow unclean or dirty. I remember watching a documentary from the 60s in which a white lady referred to Indians as being undesirable neighbours because they always “smelled of curry”. Another stereotype about Indians has been that they are willing to work for less than a fair wage. I wonder whether this stereotype has been a direct subsequence of colonialization and indentured labour, where Indians have been perceived to “choose” to do menial work in poor conditions. In the Caribbean, the derogatory racial slur “coolie” which means a manual labourer, is still used to refer to Asians. As I reflect further on the relationship between black and South Asian communities, I wonder whether Asian people are seen by the black community as obedient, passive, and subservient because they “chose” to do the work slaves once did, rather than being enslaved to do it.

There are many stereotypes which both Asian and black communities hold of each other which warrants its own separate discussion. What is needed is an open and frank exploration of how these communities perceive and experience each other. Without these difficult discussions, the danger is that unconscious racism will continue to pervade our communities and contaminate our relationships.

Whether we are conscious of it or not, racism is all around us. It continues to ripple through our communities and more than often people of colour will get a glimpse of its terror and hatred. Black history month has been an important milestone in reclaiming black power and directly challenging the unconscious and conscious prejudices we have in our communities. However, I do not believe that black history month goes far enough: it excludes “other” ethnic minorities which have also had a dark history of enslavement. When Idi Amin expelled thousands of Indians from Uganda in 1972, he made a clear statement that Asians did not belong in Africa. I implore black history month not to do the same. It is time for black history month to evolve and show the world that slavery and racism is unacceptable in all its forms.

I would like to see a Therapy Today journal dedicated to other ethnic minority experiences. Let us break the chain of the colonial legacy of “divide and rule” by coming together with our histories of enslavement, racism and discrimination, whilst still respecting each other’s individual journeys. I no longer want to feel rejected by white and black communities; I want us to become aware of our own unconscious racism so that we can consciously strive towards unity and love, which the world so urgently needs.

¹ I have used the terms South Asian and Asian interchangeably throughout this blog to refer to people of the Indian diaspora which include people from Pakistan, India, Bangladesh and Sri Lanka.